Is not working any more

Works only on Windows 7

Map the World Grid with Gridpoint

A reader emailed me recently and asked if it was possible for a nuclear weapon to go off in Charleston, South Carolina in the late fall. This person was probably asking about it because of comments U.S. Senator Lindsey Graham (R – S.C.) made to reporters in Goose Creek, South Carolina on Tuesday, September 3, 2013.

Here is the report from the CBS news afiliate in Charlotte:

“Graham told reporters in Goose Creek on Tuesday that taking action against Syria in response to the situation is not a question of yes or no, but rather a question of bad or worse choices.”

“He says if there is no U.S. response, Iran will not believe America’s resolve to block Iran from developing nuclear weapons. Graham also says those nuclear weapons in the hands of terrorists could result in a bomb coming to Charleston Harbor.”

The link to the full article is at the following address:   (website not working  oktober 2022)

Graham: Nukes In Hands Of Terrorists Could Result In Bomb Coming To Charleston Harbor<http://charlotte.cbslocal.com/2013/09/03/graham-nukes-in-hands-of-terrorists-could-result-in-bomb-coming- to-charleston-harbor/>

Now, let’s get back to the email I received. The reader is speciically asking me because of what Bruce Cathie published in his book Harmonic 33 in 1968 about atomic tests. He had been watching the atomic bomb tests done by the French at Moruroa Atoll and noticed that whenever an atomic test was successful, the same harmonics of the Speed of Light, Gravity, and the Earth’s Magnetic Field were present that were built into the World Grid and many ancient structures.

I’m not revealing any classiied secrets here, this was irst published by Bruce in 1968. Here is an excerpt from page 74 of his book, Harmonic 33:

“Is it possible to ight an atomic war on this basis? The whole thing would be completely illogical because both countries involved would naturally have computers calculating in

advance just where and when each and every bomb would have to be placed if it was to explode. It is interesting to note that the American scientists can calculate in advance when the Chinese will detonate a bomb. If someone were stupid enough to push the button and start a war, then the country with the best defence would probably be the victor. Probably this is the reason for deploying submarines around the world, well stocked with atomic rockets. They could wait undetected over a long period, and ire their rockets as the Sun moved into position.”

If you want to learn more about this, I refer you to Bruce Cathie’s books. He wrote about the subject in each of the books he published over the years.

Over the 23 years Bruce Cathie and I worked together, we had many conversations on this subject. And over the years, I have noticed that people’s reactions to this information was often based on a misunderstanding of what Bruce originally wrote. Therefore, I’m going to clear this up.

Here are the top three misconceptions I have heard:

1. Nuclear weapons can only be exploded on grid points.

2. Nuclear weapons can only be exploded at certain places around the world.

All of these are incorrect. The harmonic component of the detonation is what the public has not known about for over 60 years. They don’t know because that missing piece has been kept from them on purpose.

Let me give you a disclaimer about Bruce and I. We felt that if you wanted to build one of these devices and get it to work, you had to know three things, or at least have a team of people who collectively knew and understood these three things:

2. How to build an atomic weapon

Having said that, Bruce understood and I understand item 3, the harmonic component in this equation.

Bruce learned about this by observing the French atomic tests. He felt people had a right to know, so he published the information in all of his books. He was later contacted by multiple 3-letter agencies, the most important being the CIA. The CIA tried to buy him off and shut him up. He refused to go to work for them, so they had all his books destroyed. In fact for many years, he was unable to get any book published.

Let’s get back to the misconceptions. All three are incorrect. Nuclear weapons can be detonated anywhere. However, for a given location, the sun has to be in a position relative to that detonation location such that, the geometric harmonics are present for the nuke to go off and cause massive

collateral damage. If the harmonics are not present, you won’t have massive damage of an area and will probably (we think) just get a large release of radiation.

Now, that’s all we know on the subject. Bruce Cathie mentioned it in each of his books, but in his personal research, he never worked on it again. He felt there were far more interesting things in the world to look at than this topic. I feel the same way.

Let’s look at modern day terrorism. Could a terrorist get their hands on a nuke and detonate it in a major U.S. city or even Charleston harbor? First they would have to get the nuke. There have been reports over the years that 100 suitcase nukes went missing from the former Soviet Union years ago. No one knows where they are. So, let’s say someone could get their hands on one of these if they were well-inanced. Then what?

They would have to have very specialized knowledge in order to pull this off. Frankly, I don’t think a terrorist, with minimal education, just a crazed religious fervor and large bankroll, could get one of these things and get it to detonate. In fact, I don’t think it will ever happen. If they did, they would have had to have very specialized help from someone on the inside. Or at least someone who used to be on the inside of some specialized government scientiic group.

Getting back to Senator Lindsey Graham’s comment, could a nuke go off in Charleston harbor? Only if the person or persons detonating it had very specialized knowledge. Remember detonating a nuclear device is not like lighting a stick of dynamite. With a nuke, you just don’t push a button and it goes off and levels a city.

For the skeptics out there, you don’t have to write and disagree with me. I’ve heard it all before. If you think what I’m telling you is ridiculous, then why would the CIA have tried to buy Cathie off and shut him up years ago? Why did they have all his books destroyed?

Update 21 November, 2013: It is pretty much 100% guaranteed that the nuclear capability has evolved since Bruce originally published this information in 1968. I am sure they have miniaturized the technology and they may even evolved it to the point where the same conditions do not apply. Of course, the laws of physics haven’t changed and the rules of harmonics haven’t changed, but undoubtedly the technology has. As I mentioned earlier, this is all I know on the subject as it is not been my focus. 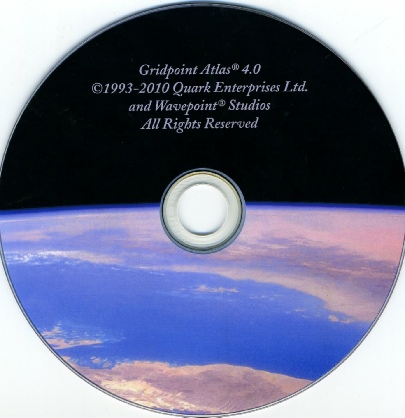 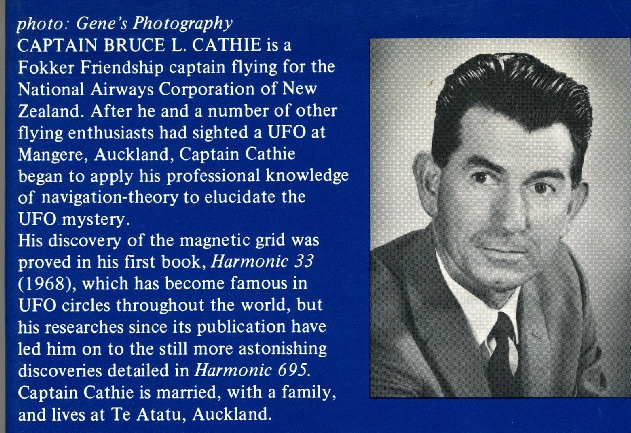 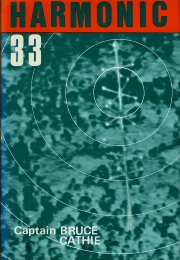 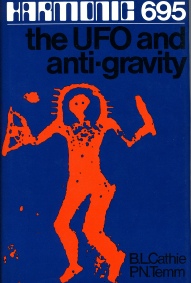 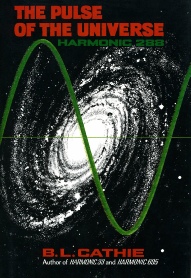 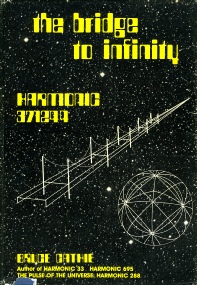 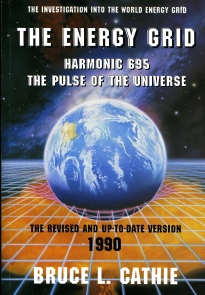 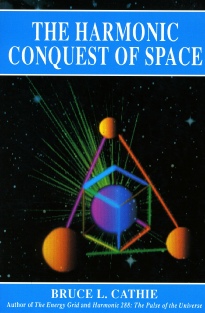